...
Nashville-based Virgin Islander Gigi de Lugo joined the radio discussion via telephone to share the Sept. 21 release of “Planet CrindelStar,” an international album honoring the United Nations' International Day of Peace. The album, a collaboration of American and European artists and produced by De Lugo, will be played by the United Nations Radio around the world.
De Lugo, known locally to many as the daughter of the Honorable Ron de Lugo, is an award-winning 30-year veteran of the music and film industry. Also a dedicated peace activist, she co-founded One Human Race for Justice in Nashville.
De Lugo excitedly shared her recent appointment as Global Peace Ambassador for SPMUDA International, a global non-government organization also working toward peace and non-violence.
“It took me a few days to settle into that,” said De Lugo. “It is a responsibility that I wanted all my life.”
De Lugo emphasized that her peace efforts, including the upcoming year-long campaign to promote “Planet CrindelStar,” owe much to support from Virgin Islands-based businesses and organizations, including Stop The Bleeding, Karibbean Kids of St Thomas, and Itiba Natural Beauty of St Croix.
“As a global ambassador for peace, I am representing the Virgin Islands in that regard,” said De Lugo. “That is my identity. I am a Virgin Islander representing global peace.”   (MORE...)
at 11:41 AM

Add Your Voice for Peace ! 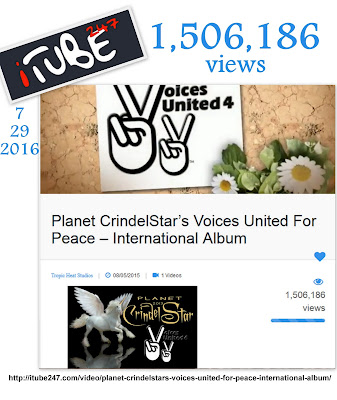 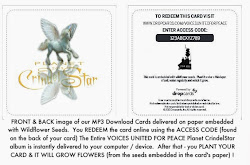